If you’re not a diehard baseball or Oakland A’s fan you would be forgiven for not noticing the moves they’ve been making this offseason. But if you have noticed the moves, then you may have thought, like me, that they seemed to be making a lot more of them than normal, particularly compared to last offseason. Most of my sports opinions, while well thought out, aren’t necessarily backed by data. So in an effort to prove my theory about the A’s roster moves the last few years I went in search of data.

My searches of baseball statistics sites (including MLB.com) didn’t turn up the kind of data I was looking for. Fortunately the current rosters are documented on Wikipedia, and appear to be “fed” by the MLB team’s own websites. Since Wikipedia also keeps track of all changes to a document I was able to get snapshots of the roster at different times.

My first thought was to compare opening day rosters between seasons to identify changes. As I collected this information however I realized that there was an issue with this data: some players were on the A’s opening day roster one season, were NOT the next season, and then WERE the third season. While it was possible that a player had been traded, and then traded back1, what I realized had ACTUALLY been happening was that the A’s had sent the player down to the minor leagues and back up to the major leagues in such a way that they didn’t show up on the opening day roster.

At this point I came back to some data that I had initially dismissed. Wikipedia has articles documenting each season for each team. For example: the 2012 Oakland Athletics Season documents a lot of information about the season, and for me the key one was the roster which listed every player that was on the roster at any point in the season. I don’t know if they have this for EVERY team (I think they probably do) or how many seasons back it goes (at least five) but it was enough for me to see some trends.2

My initial data, while incomplete/partial did show me pretty clearly that my assumption was wrong. Not only had the A’s not turned the roster over more this most recent offseason, they had actually turned it over less. The more detailed data backed me up as well. In terms of percentages of the team to return, here is what it looks like:

so clearly despite the team making some very visible and un-Oakland like moves this offseason:

So the A’s are actually returning almost two-thirds of their roster. On top of that, of the 25 players currently slated to be returning from last season, 16 of them are going to be in at least their third season. That’s 40% of the roster thats been a part of two consecutive division titles. This got me thinking about how much of a difference a high percentage of returning players might make to a team’s record:

Obviously there’s a lot more that goes into a successful baseball team then keeping the same players. If the players you have aren’t talented enough, or the mix isn’t right, or the manager doesn’t use them correctly, keeping the same roster would just result in being consistently bad or even worse, consistently inconsistent. For example: while the team’s perfomance decreased from 2010 to 2011 as they returned fewer player, the team then improved from 2011 to 2012 while returning fewer players. 2012 however was also the first full season for Bob Melvin as the manager, and the changes between those two seasons were predominantly starting pitching which tends to have a pretty significant impact on the success or failure of your team. Even if I could account for those factors five years of data for one team clearly isn’t enough. Still, when a team is winning, I have to believe its better to bring the players back if you can.

When I came into this I thought I knew the narrative:

In 2012 the Oakland A’s were entering their first full season under new manager Bob Melvin. That team surprised the baseball world by overcoming one of the largest and latest deficits5 to win the division and spend exactly one regular season day in sole posession of first place. That team mostly stayed together for 2013 and managed to not only hold their own against the big spending division rival Angels and Rangers but win the division again, and by a much more comfortable margin this time, narrowly missing out on the best record in the American League. Going into 2014 it looked like the A’s ownership group was opening up the checkbook and making some extra moves to try and help the team get over the hump and see some playoff success.

The reality however seems to be that while the A’s have certainly made some unorthodox (for them) moves this offseason, the team is for the most part sticking together. And despite what some analysts may think about their chances in what has clearly become the big-spending division (Robinson Cano to Seattle, Prince Fielder to Texas, Albert Pujols to Anaheim in 2012 and Josh Hamilton in 2013) the two time defending American League West champions seem to me like the team to beat. And there is definitely some national media which is taking note of the great moves the A’s made this offseason.

If I can find the time I would love to compile this same data for every team in the league and see what correlation there is between roster turnover and success. As I noted before there’s a lot more to winning in baseball, but I think its interesting and to see what kind of relevance it really has you need a larger sample size than this. If you happen to know of someone or somewhere that has already compiled this data or done this analysis please feel free to let me know.

I’d also love to hear any feedback you may have on my assessment. Did I miss something obvious? or maybe something not so obvious? Please, feel free to let me know! 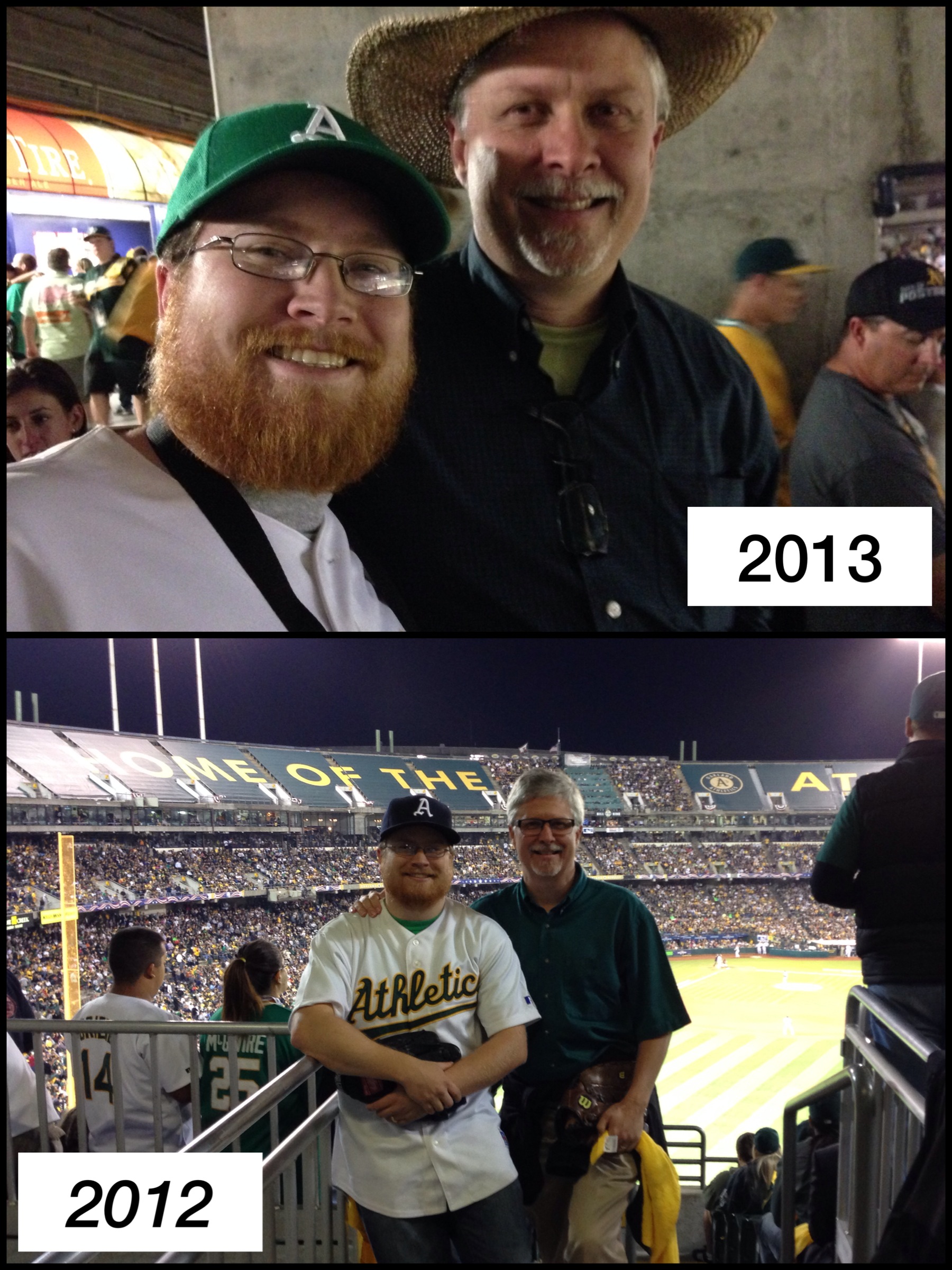